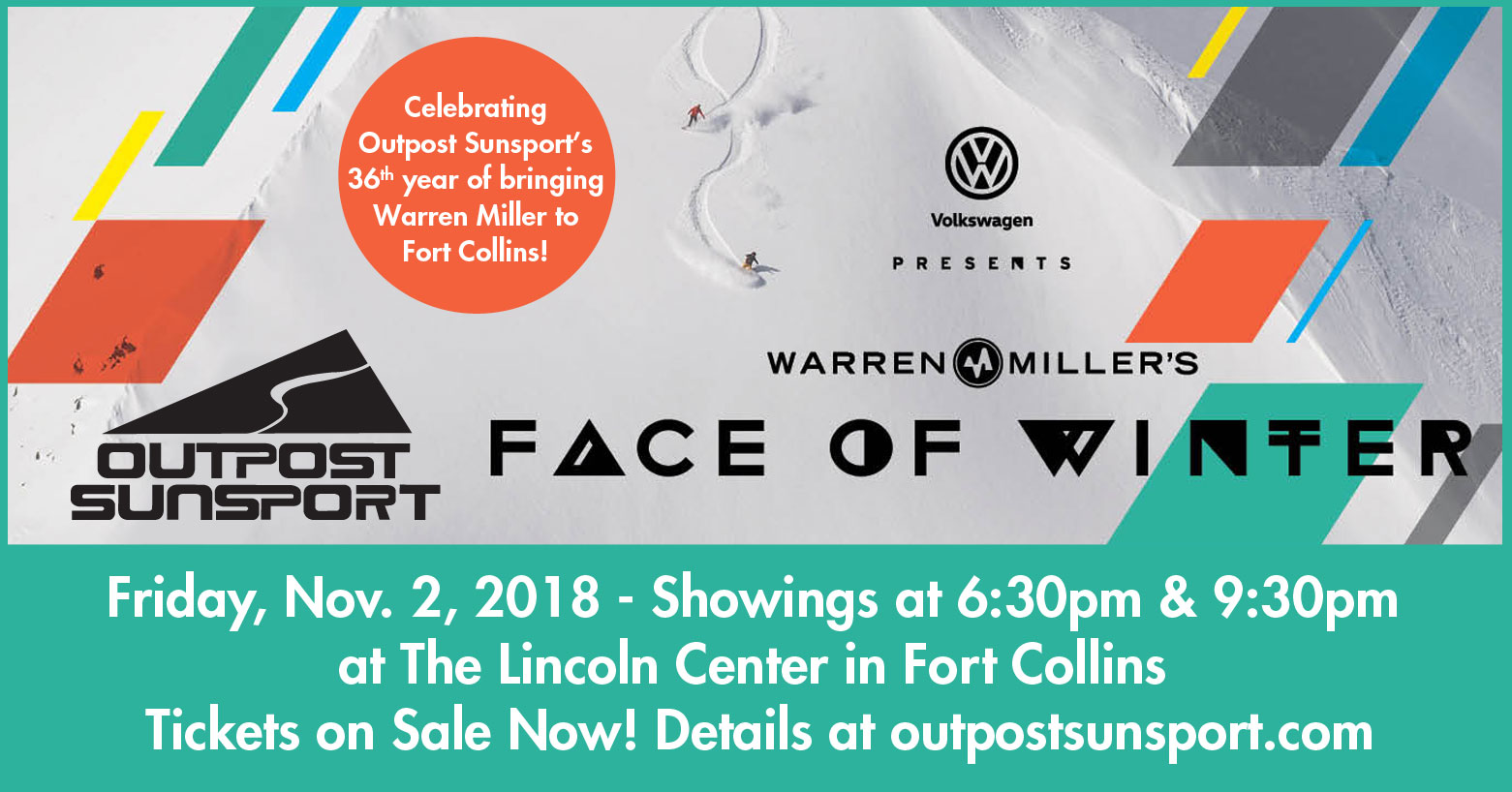 It has become a long-standing tradition to kick the winter season off with Warren Miller Entertainment’s annual ski film. Outpost Sunsport, a locally owned and operated ski and snowboard shop in Fort Collins, is excited to bring northern Colorado this year’s film for the 36th year in a row!

This year, “Face of Winter,” the 69th installment from Warren Miller Entertainment presented by Volkswagen, will bring new and veteran athletes together to pay tribute to the man who started it all. Watch as the world’s best skiers and riders cover ground in some of the most legendary destinations to honor a face that launched a thousand quips and got us all started on this long, crazy ride. The Face of Winter travels the globe by land, air and sea, exploring the ties that bind ski culture while also paying tribute to the legend himself – Warren Miller.

Skiers and snowboarders alike are encouraged to come turn the stoke levels up while celebrating the beginning of the ski season! Attendees will receive ample discounts for lift tickets to a variety of ski resorts, coupons to Outpost Sunsport to get some fresh new gear for the season, and an opportunity to win a variety of ski apparel, including helmets, goggles, gloves and more!

Special thank you to this year’s sponsors including The Coloradoan, Townsquare Media, The Windsor Beacon, The Rocky Mountain Collegian, Volkswagon, Orthopedic Center of the Rockies, Bank of Colorado and Odell Brewing Company!