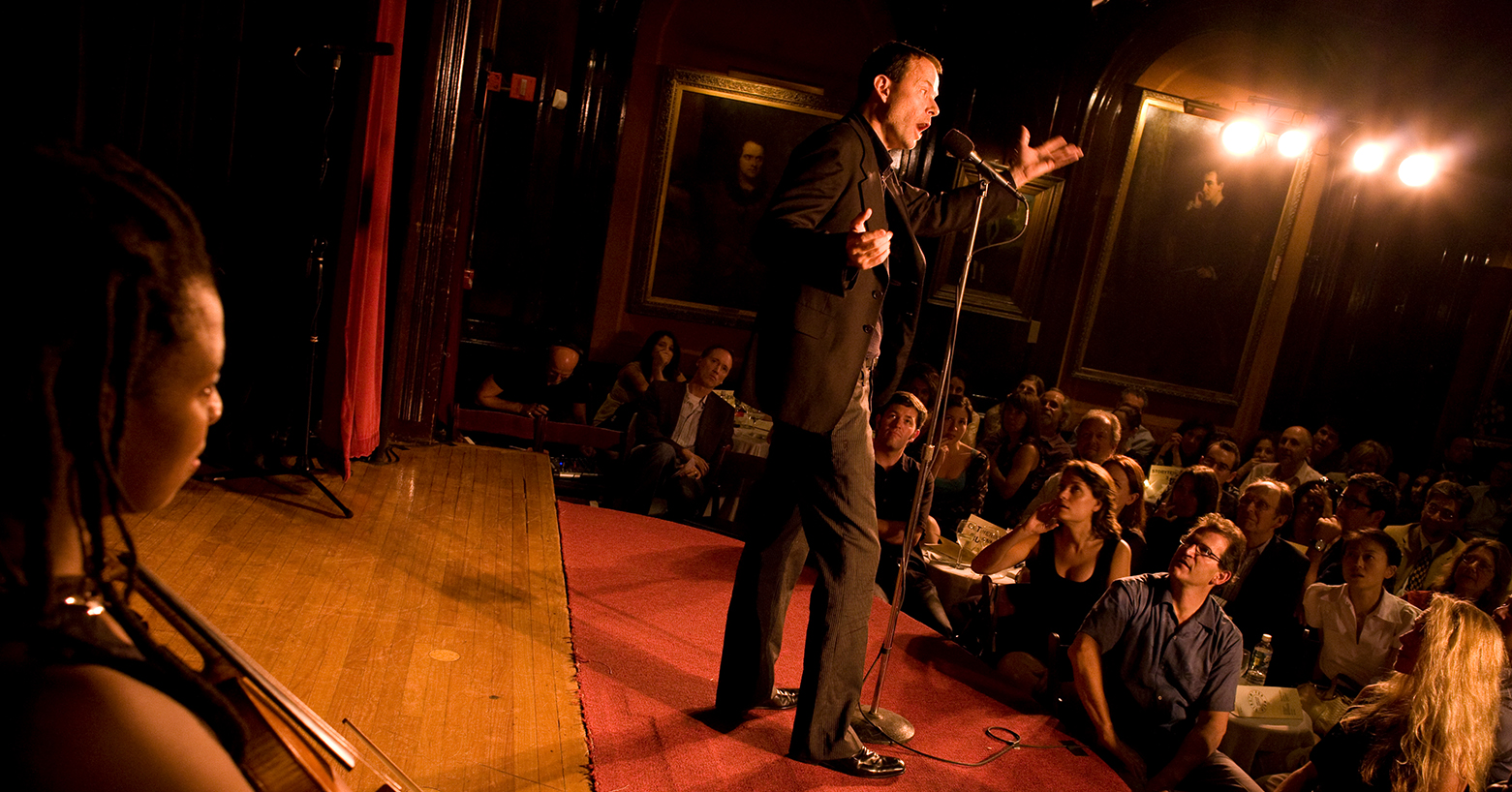 The Moth is true stories, told live and without notes. The Moth celebrates the ability of stories to honor both the diversity and commonality of human experience, and to satisfy a vital human need for connection. It seeks to present recognized storytellers among established and emerging writers, performers and artists and to encourage storytelling among communities whose stories often go unheard.

The Moth began on a back porch in small-town Georgia, where their founder — poet and best-selling novelist George Dawes Green —  would spend sultry summer evenings swapping spellbinding tales with a small circle of friends. There was a hole in the screen, which let in moths that were attracted to the light, and the group started calling themselves “The Moths.”

When he moved to New York City, George wanted to recreate the feeling of those nights in his adopted city. The first New York Moth event was held in George’s living room. But word spread fast, and the events soon moved to cafes and clubs throughout the city — and soon to popular venues throughout the country and beyond. Since its founding, The Moth has presented more than fifteen thousand stories, told live and without notes, to standing-room-only crowds worldwide.