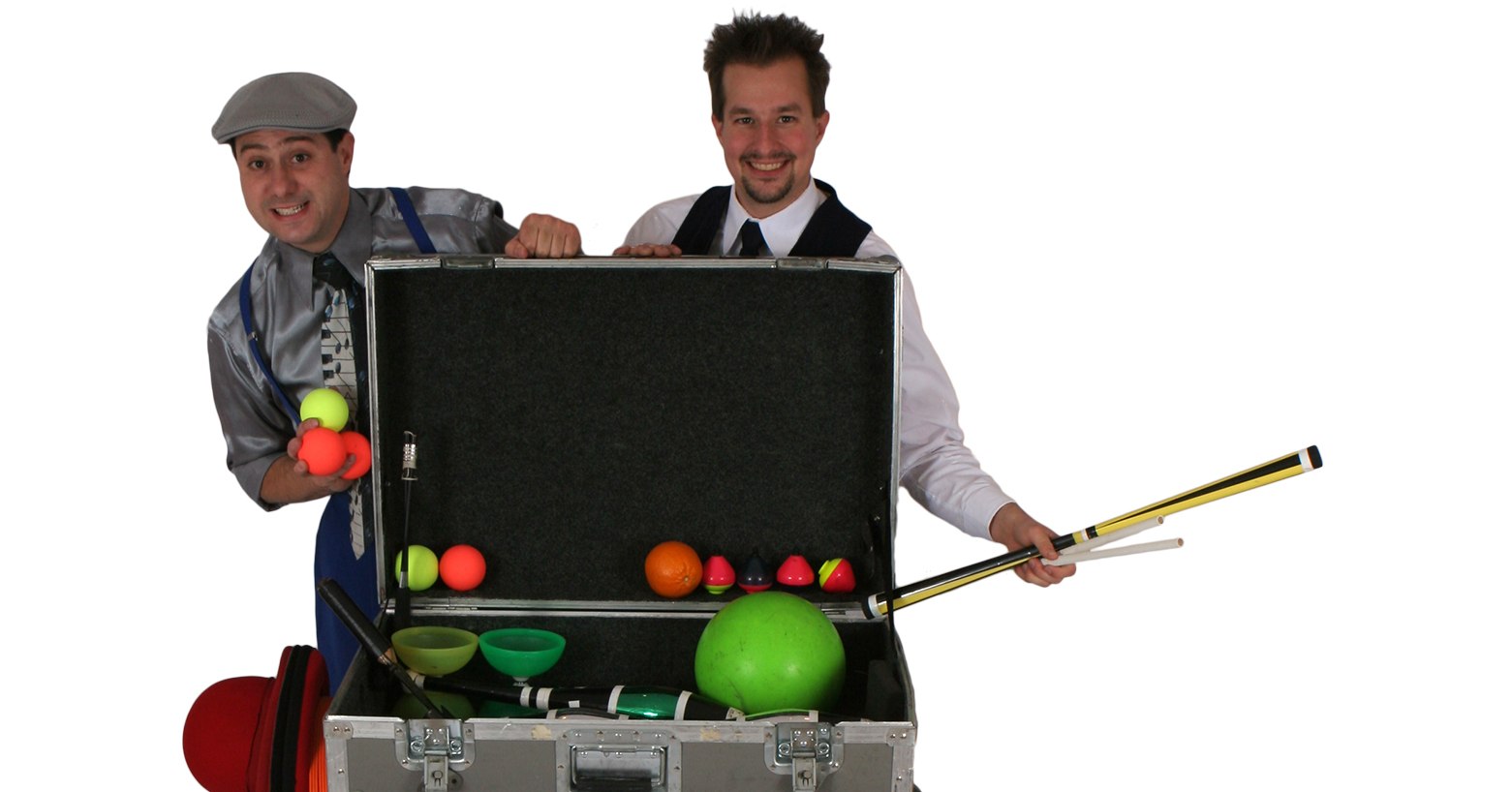 Physical comedian Reid Belstock and innovative juggling ace Warren Hammond have teamed up to bring you their hilarious and incredible new show, Smirk! Reid plays a maniacal goofball to Warren’s straight man garnering comparisons to Abbott and Costello. Described as “A nicely matched pair of performers with a deep bag of tricks,” by Juggle Magazine, their juggling and slapstick antics explode off the stage to fill the largest auditorium. Their work has earned them multiple awards, including the 2009, and more recently the 2011 IJA Silver Medal in the Team competitions.