A true internet sensation, Postmodern Jukebox is known for putting their trademark vintage twist on modern pop hits. This group has amassed more than 925 million YouTube views and 3.2 million subscribers, chalk up more than 1.3 million Facebook likes and topped iTunes and Billboard charts. All by reimagining contemporary pop, rock and R&B hits in the style of various yesteryears, from swing to doo-wop and ragtime to Motown — creating what founder Scott Bradlee calls, “pop music in a time machine.”

Imagine marrying the 21st-century party vibe of Miley Cyrus or the minimalist angst of Radiohead with the crackly warmth of a vintage '78 or the barrelhouse howl of a forgotten Kansas City jazzman. Bradlee’s choice of material ranges from the hard rock of Guns N’ Roses to hits as recent as Justin Bieber's “Sorry.” They’re rendered by a rotating cast of musicians and singers in fashions that date back to a time when Axl, Slash and Bieber’s parents had yet to be born — a time of street corner harmonies and torch singers, blues belters and golden-voiced crooners.

This collective of musicians is dedicated to the timelessness of music, performing songs vibrantly and without a trace of irony. About their live shows, Bradlee states, “We want the [audience] to escape reality and join us for the most sensational 1920s party this side of The Great Gatsby. I take pride in putting together the right powers and personalities to create a unique and amazing experience for our fans."

“If you’ve been on YouTube in the last couple of years, then you’re familiar with the everything-new-is-old-again brilliance of the viral phenomenon known as Postmodern Jukebox.” —Yahoo! Music 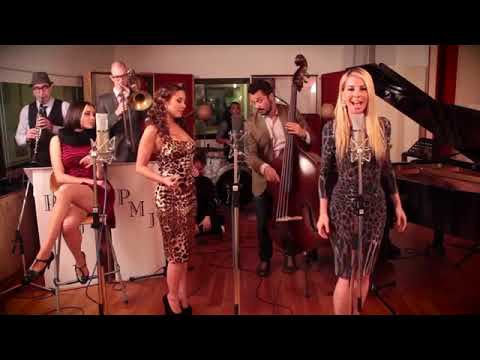