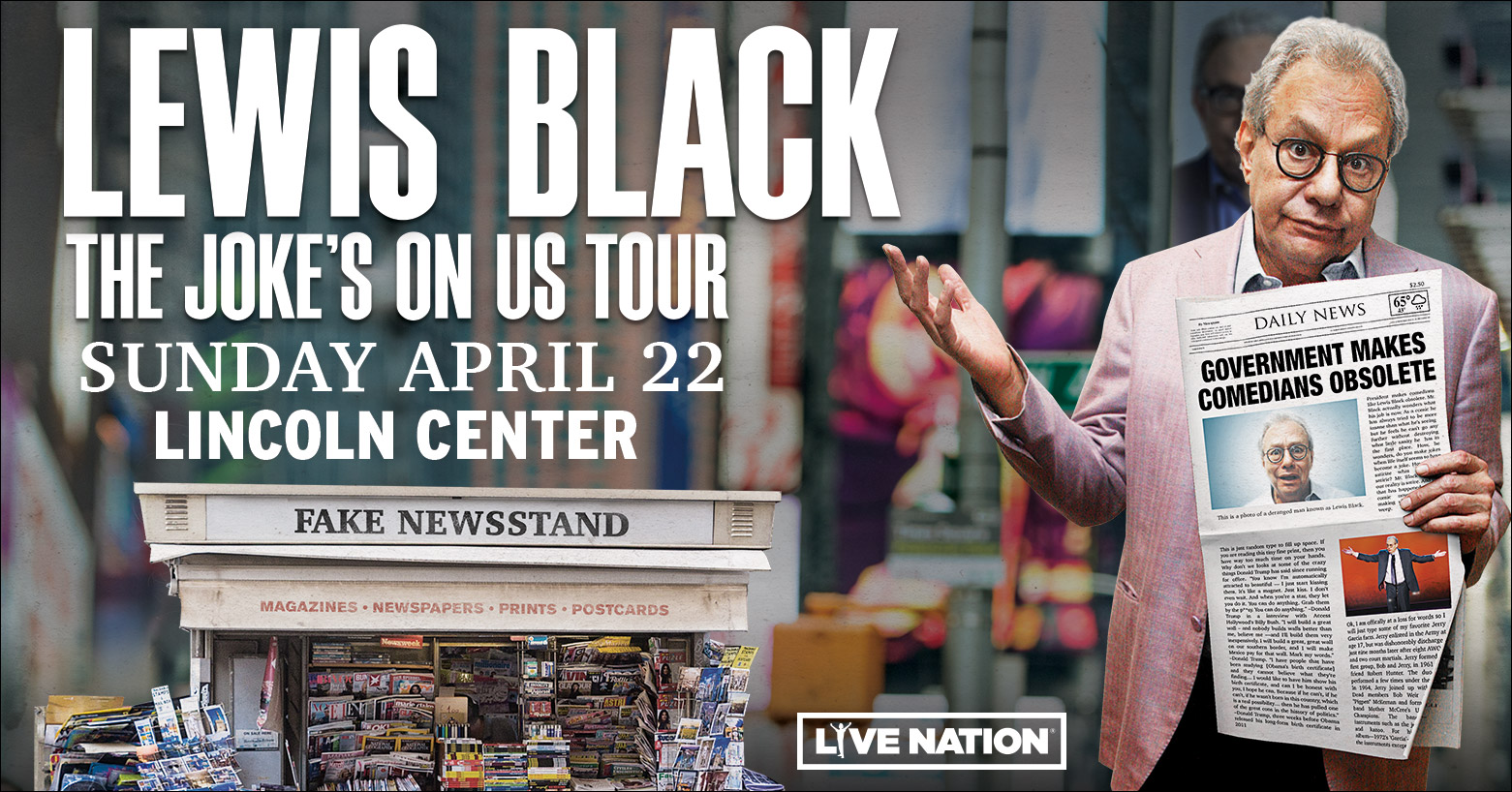 Lewis Black: The Joke's on US Tour

Following the highly successful 2017 Fall leg of his THE RANT, WHITE & BLUE TOUR, tickets for Lewis Black’s Spring 2018 THE JOKE’S ON US TOUR  go on sale Friday, October 27th.

LEWIS BLACK, GRAMMY Award-winning, stand-up comedian, is one of the most prolific and popular performers working today. He executes a brilliant trifecta as a stand-up comedian, actor and author. Receiving critical acclaim, he performs more than 200 nights annually, to sold-out audiences throughout Europe, New Zealand, Canada and the United States. He is one of a few performers to sell out multiple renowned theaters, including Carnegie Hall, Lincoln Center, Brooks Atkinson Theatre, New York City Center, the Main Stage at the Mirage in Las Vegas and most recently, a sold-out Broadway run at the Richard Rodgers Theatre in New York City.

His live performances provide a cathartic release of anger and disillusionment for his audience. He is a passionate performer who is a more pissed-off optimist than a mean-spirited curmudgeon. Lewis is the rare comic who can cause an audience to laugh themselves into incontinence while making compelling points about the absurdity of our world.

LEWIS BLACK came into national prominence with his appearances on THE DAILY SHOW in 1996. Those appearances on THE DAILY SHOW led to comedy specials on HBO, Comedy Central, Showtime and Epix. In 2001, he won Best Male Stand-Up at the American Comedy Awards. He has released eight comedy albums, including the 2007 GRAMMY Award-winning The Carnegie Hall Performance. He won his second GRAMMY Award for his album Stark Raving Black and has published three bestselling books: Nothing’s Sacred (Simon & Schuster, 2005), Me of Little Faith (Riverhead Books, 2008) and I’m Dreaming of a Black Christmas (Riverhead Books, 2010).

Paid tickets required for all ages. Limit of 8 tickets per person. All tickets purchased in $25 STUDENT section must be picked up in person, at Will Call, with valid full time student ID for each seat ordered.