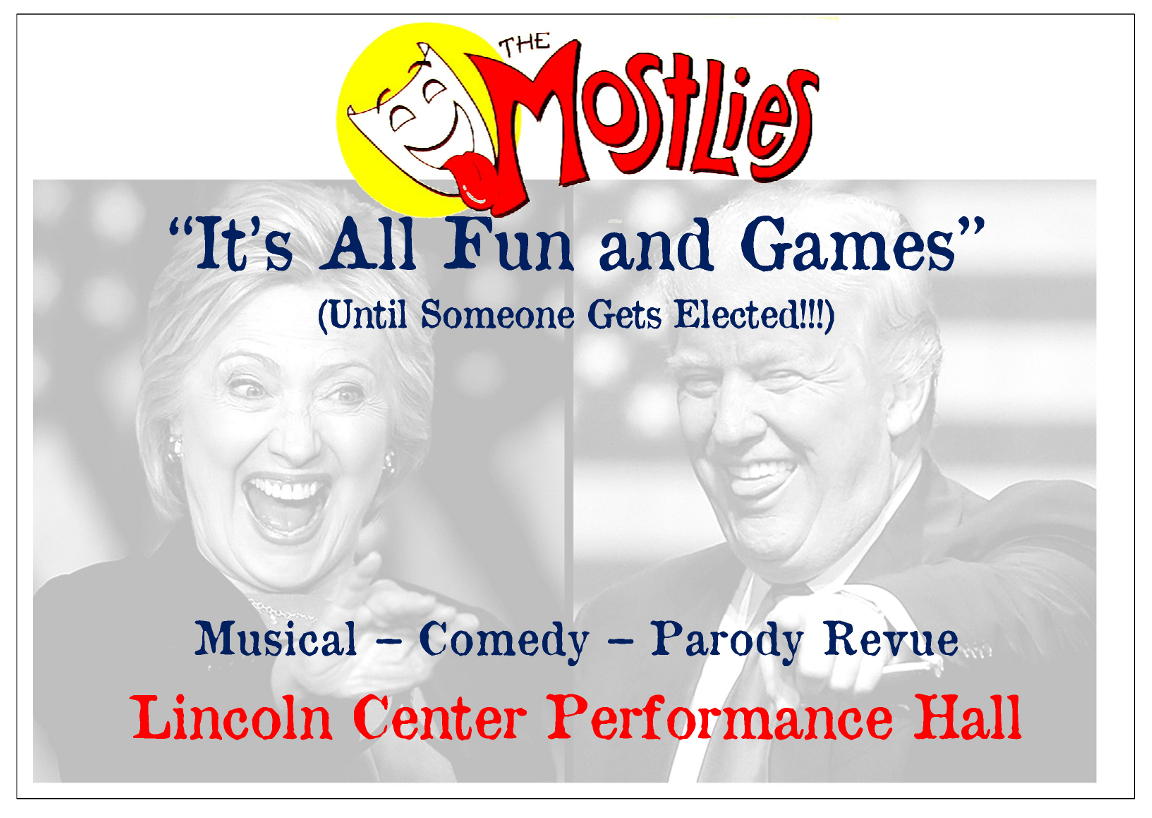 It's All Fun and Games. Until Someone Gets Elected!

Since 1996 the Mostlies have celebrated each Presidential Election with a special presentation of all things political on the Sunday prior to Election Day.

So, with everything going on this election season you can see why this year it’s titled “It’s All Fun and Games, Until Someone Gets Elected!” Come enjoy.