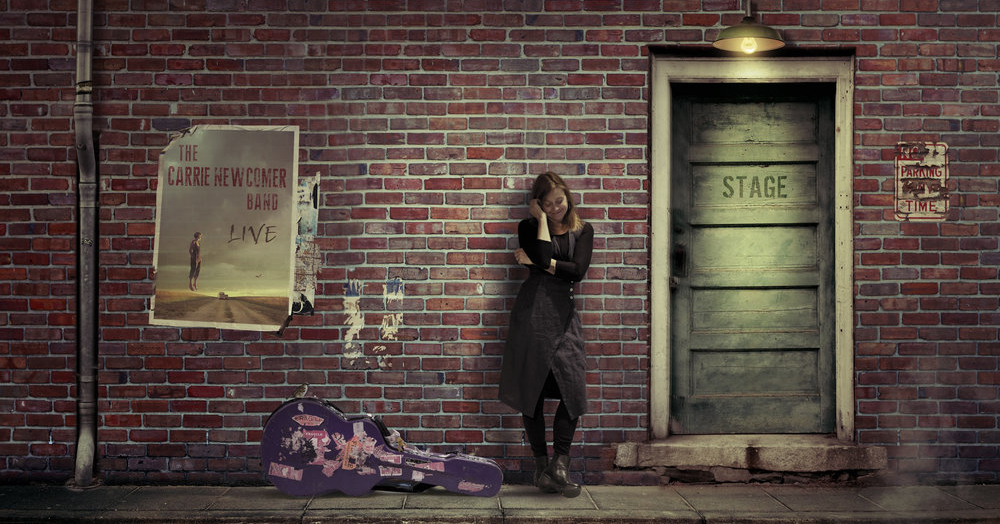 Carrie Newcomer is a Grammy-winning songwriter, recording artist, performer and educator. She has been described as a "prairie mystic" by the Boston Globe and one who "asks all the right questions" by Rolling Stone. Recent appearances include PBS Religion and Ethics and National Award-Winning Krista Tippett's On Being. In the fall of 2009 and 2011 Newcomer was a cultural ambassador to India invited by the American Embassy of India, resulting in her interfaith collaborative benefit album Everything is Everywhere with world master of the Indian Sarod, Amjad Ali Khan. In June 2012/13 Carrie Newcomer traveled to Kenya, Africa and The Middle East, performing in schools, spiritual communities and AIDS hospitals. Carrie has 16 nationally released albums on Available Light & Concord/Rounder including The Beautiful Not Yet, A Permeable Life and Everything is Everywhere. Newcomer has also released two companion books of poetry & essays, A Permeable Life: Poems and Essays and The Beautiful Not Yet: Poems, Essays & Lyrics. Newcomer's first theatrical production, Betty's Diner: The Musical was produced as part of the Purdue University 2015/2016 theatrical season and is now available to interested theaters, universities and spiritual communities. In 2016 Carrie presented the Commencement address and was awarded an honorary degree in Music for Social Change from Goshen College. Her 2017 PBS special, An Evening with Carrie Newcomer is currently playing in 200 markets across the USA, featuring songs from The Beautiful Not Yet and special commentary and conversation with Parker J. Palmer. Other collaborations with Parker J. Palmer include Healing the Heart of Democracy: A Gathering of Spirits for the Common Good and What We Need is Here: Hope Hard Times and Human Possibility. Other special collaborations include productions with neuroscientist Jill Bolte Taylor, author, Rabbi Sandy Sasso, environmental author Scott Russel Sander. Carrie tours internationally performing and presenting workshops and retreats. In June of 2018 Carrie will join again with Parker J. Palmer for a new project, The Growing Edge, with a new website, podcast and retreat.