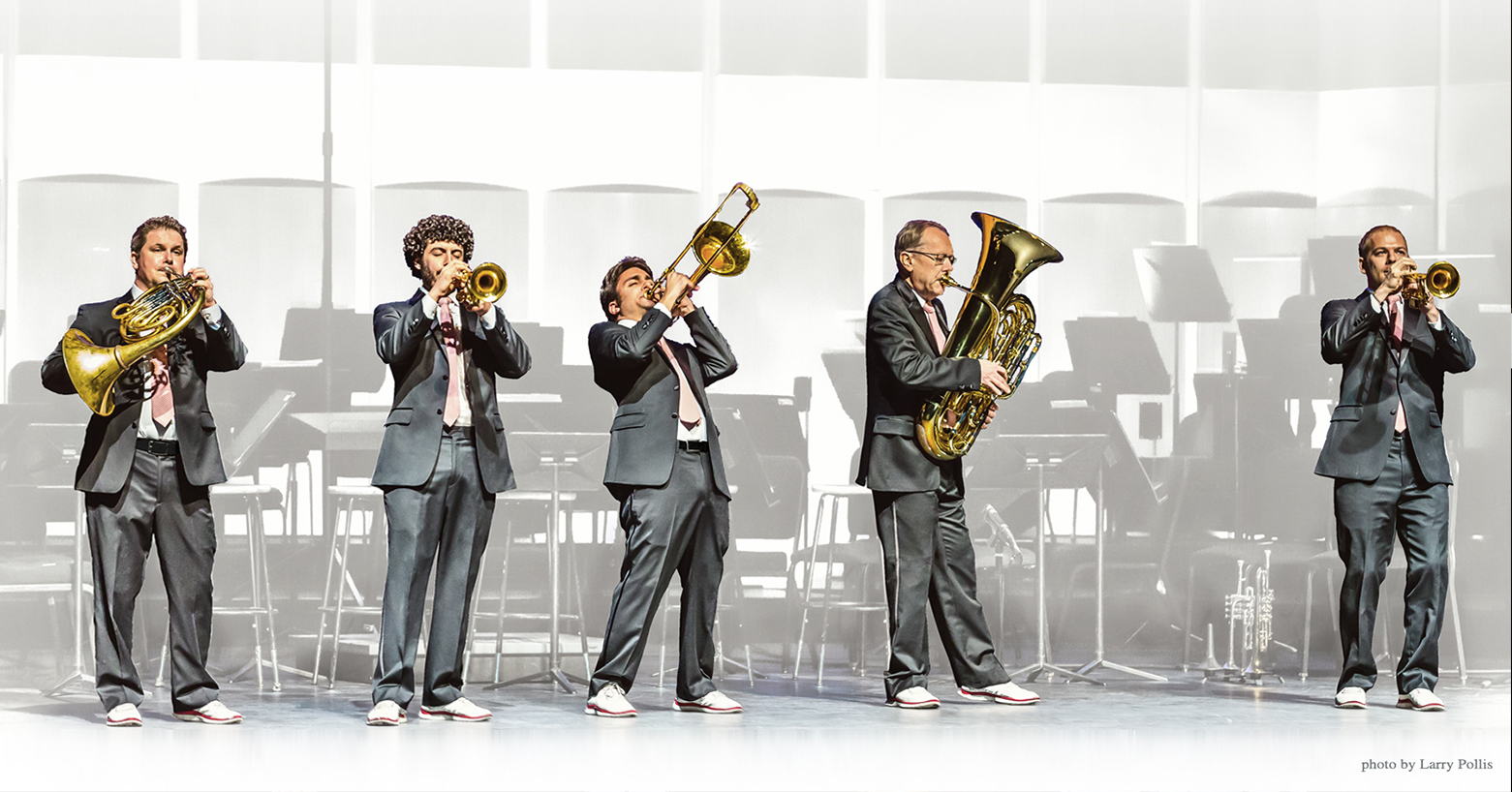 Canadian Brass has been a formidable force in the world of Chamber Music since its inception. The group has been hailed as the “Kings of Brass” by the press as it singlehandedly established brass as a major influence on the classical music scene at this moment in history.

Masters of concert presentations, Canadian Brass has developed a uniquely engaging stage presence and rapport with audiences. Each of their concerts will show the full range from trademark Baroque and Dixieland tunes to new compositions and arrangements created especially for them – from formal classical presentation to music served up with lively dialogue and theatrical effects.

Whatever the style, the music is central and performed with utmost dedication, skill, and excellence.

The varied Canadian Brass repertoire features brass standards as well as a wide-ranging library of more than 600 original arrangements. With a discography of over 130 albums including several videos and an extensive world-wide touring schedule, Canadian Brass continues to score Billboard chart positions. They are an important pioneer in bringing brass music to mass audiences everywhere throughout the USA, Canada, Japan and Europe. They have toured South America, the Soviet Union, the Middle East and Australia. They were the first brass ensemble from the West to perform in the People’s Republic of China as well as the first brass group to take the main stage at the venerable Carnegie Hall.

With four decades under their belts, Canadian Brass continues to thrill audiences around the world – and they don’t look like they are letting up anytime soon!

“One need not be partial to brass, or even to classical music, to love Canadian Brass. For these famous five are masters not only of music but also of presentation. After 40 years on stage, they’ve got the chops of virtuosos and the deadpan delivery of the best stand-up comics.” —The Plain Dealer 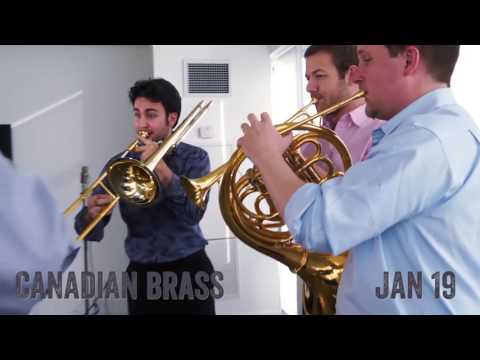