The Lincoln Center is temporarily closed through April 30, 2020 in an effort to safeguard our community from the spread of COVID-19. Although our doors are closed, we are still eager to help you! Please continue to contact us at ﻿LCinfo@fcgov.com or, leave us a message at 970-221-6730. Find more information here.

Caleb Synan is one of the hottest young comics in the country. Growing up as a preacher's kid from a southern town who then became a millennial living in LA, his insights on family and culture are both unique and ultimately relatable.

Synan has performed on Late Night with Conan O'Brien, Last Comic Standing and Comedy Central Stand Up Featuring in addition to writing and starring in two Comedy Central web series. He is also featured in Bill Burr’s upcoming stand up show on Comedy Central in 2020.

Jack Hanna's Into the Wild Live 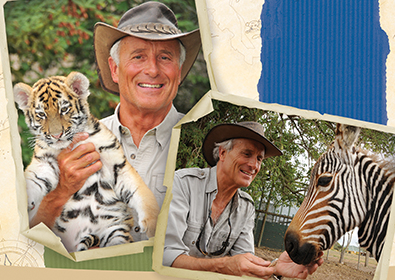