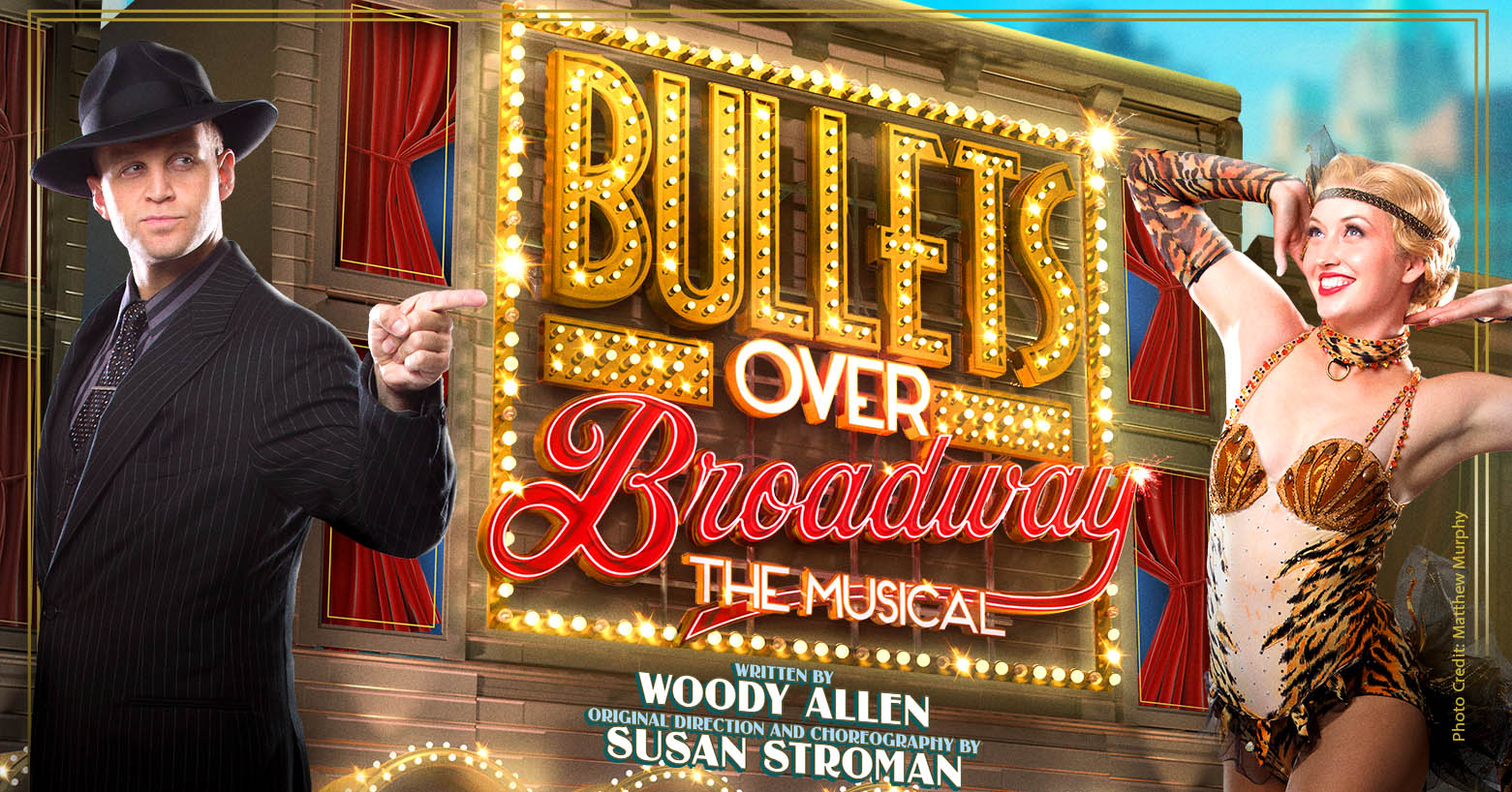 Hailed by Time Magazine as, “Musical Theatre Gold!”, BULLETS OVER BROADWAY is the hilarious musical comedy about the making of a Broadway show. Written by Woody Allen, with direction and choreography by Susan Stroman and based upon the screenplay of the acclaimed film by Woody Allen and Douglas McGrath, BULLETS OVER BROADWAY is the story of a young playwright who, in desperate need of financial backing for his next show, accepts an offer he can’t refuse from a mobster looking to please his showgirl girlfriend.

Don’t miss what the New Yorker exclaims as, “a Fun Machine from Start to Finish!” Loaded with big laughs, colorful characters, and the songs that made the 20s roar, Bullets Over Broadway is bringing musical comedy back with a bang.

We're proud to be partnering with The Kitchen, Ace Gillett's and The Armstrong Hotel for the presentation of Bullets Over Broadway! Check out the special offers you can take advantage of in Fort Collins when you present your ticket at these locations.

The Kitchen Restaurant
Present your Bullet's ticket on the day of the show to receive a complimentary glass of Kitchen red wine, Kitchen white wine or draft beer with your purchase of a main entrée. More info

Ace Gillett's Lounge
Bring your Bullet's ticket to Ace Gillett’s the day of the show and get a Broadway Bulleit- a Manhattan made with Bulleit Bourbon - for only $5! (That's 50% off!)