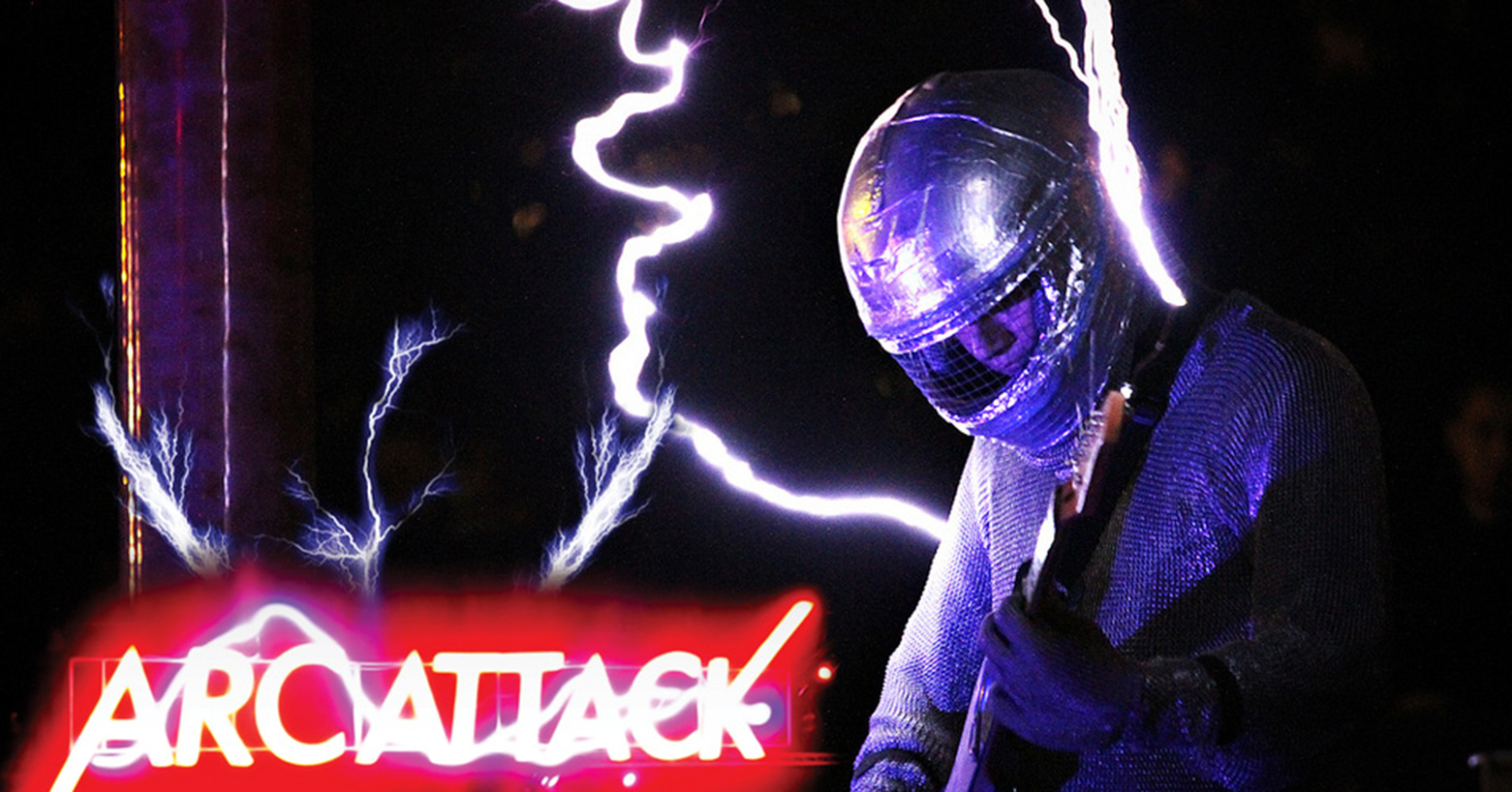 Creators of the original Singing Tesla Coil, the crew of ArcAttack use their high tech wizardry to generate a truly 'electrifying' performance. Combining their love of rock music and their love of science, this is a show you will never forget!

ArcAttack signature Singing Tesla Coils throw out electrical arcs up to twelve feet long, each one acting as an instrument with a sound reminiscent of the early days of the synthesizer. A robotic drum kit accompanies the spectacle with its high power LED's flashing bright colors with the stroke of each mechanically actuated stick.

Part rock concert, part science experiment, the creators of ArcAttack unveil the science behind the spectacle. Combining their love of music with science the group invites the audience to explore concepts such as electricity, voltage and current, magnetism, robotics, and lightning through a show that’s both entertaining and interactive. The audience is engaged from start to finish as the groups trusty, completely automated robot drummer King Beat introduces the audience to the show. The show features their signature tesla coils as members of the group literally walk through lightning, then invite members of the audience on stage to take part in a special faraday cage dance-off. 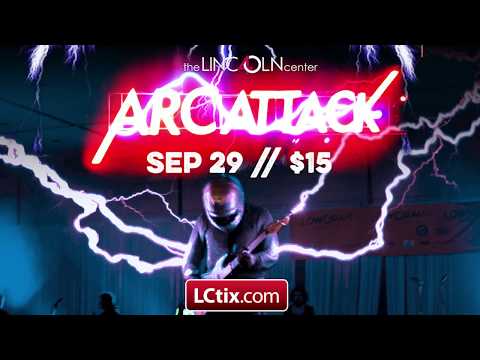