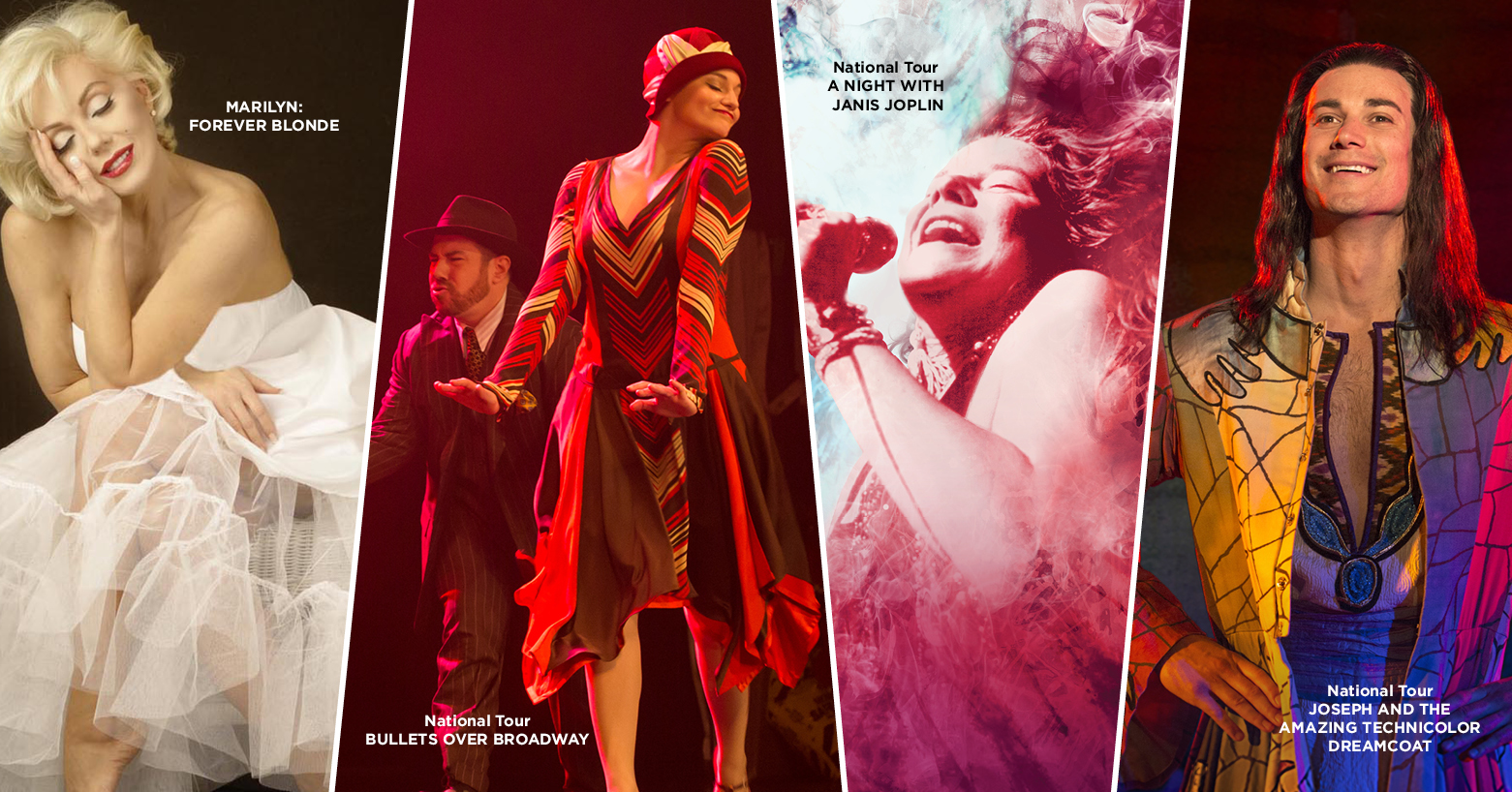 
BUNDLE THE REMAINING SHOWSTOPPERS SERIES SHOWS AND SAVE MONEY!

Joseph and the Amazing Technicolor Dreamcoat - Apr 28-30 at 7:30pm and Apr 30 at 2pm
Tim Rice & Andrew Lloyd Webber's most enduring and irresistible family musical is about the trials and triumphs of Joseph, Israel's favorite son, his eleven brothers and the coat of many colors. Directed and choreographed by Tony® Award-winner Andy Blankenbuehler.