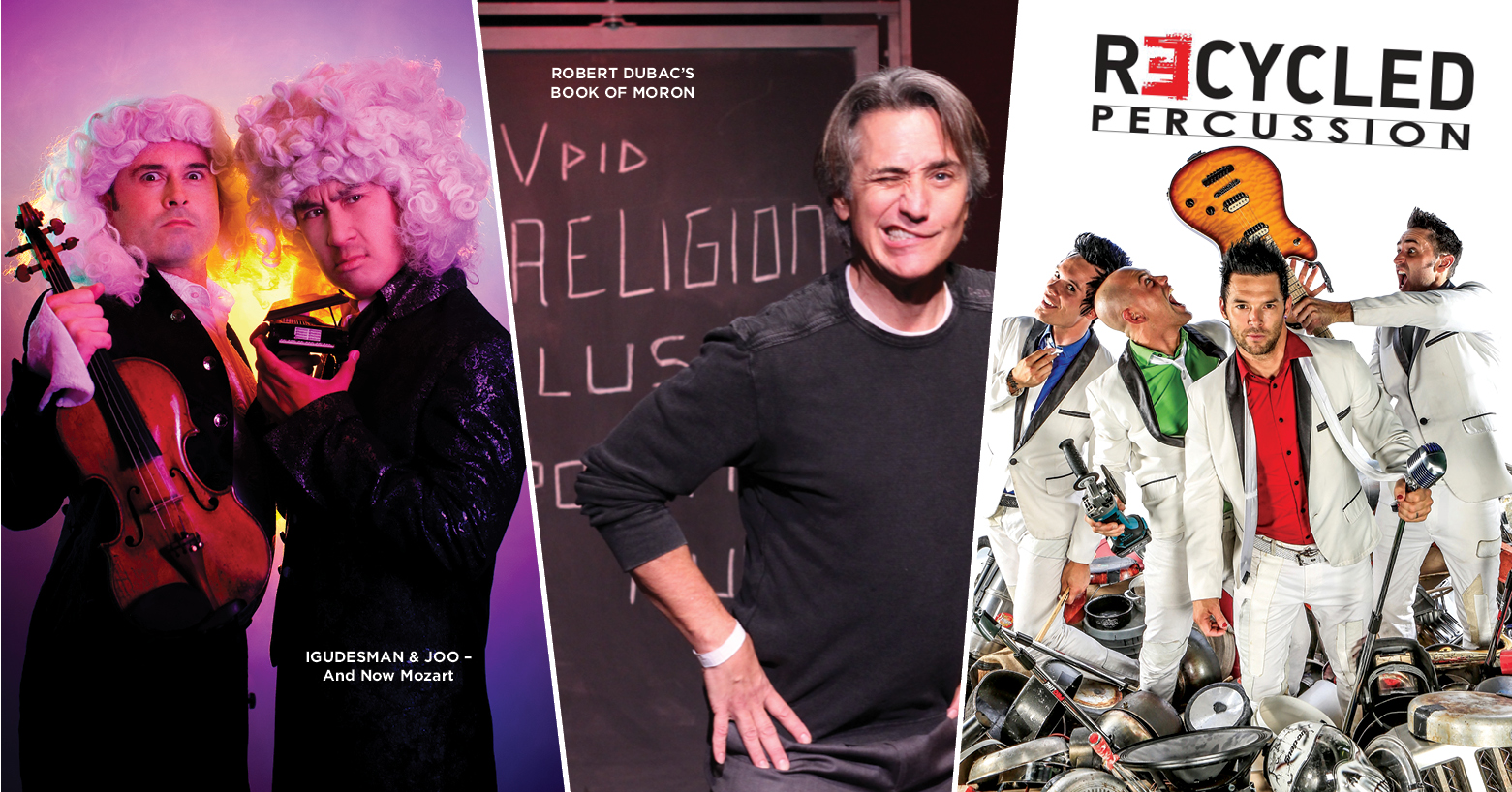 BUNDLE THE REMAINING ANYTHING GOES SERIES SHOWS AND SAVE MONEY!!

Igudesman & Joo - Feb 25 at 7:30pm
More than 35 million YouTube views and sold-out performances have turned the inspired lunacy of these classical musicians into a world-wide hit. Combining comedy, classical music and pop culture, this sidesplitting concert performance is like nothing you’ve ever seen.

Robert Dubac’s Book of Moron - Apr 6 at 7:30pm
Combining theater with stand-up, Robert Dubac buckles us up for a fast-paced joy ride over the pot-holed highways of cultural hypocrisy. Riding shotgun with intelligence and absurdity he crashes head first into the barriers of sex, race, religion, politics and the media. Recommended for ages 13+

BUY AN ANYTHING GOES SERIES PACKAGE AND SAVE MONEY!!!!